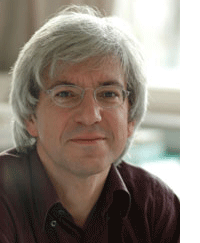 Between 1975 and 1981, Frank Nullmeier completed his studies in political science, economics, sociology, and public law with a diploma as political scientist at Hamburg University. Afterwards, he worked as research associate in a project investigating the influence of the statutory pensions insurance for the labour market at the Institute for Public Finance at the Universities of Hamburg and Hannover.

In the following, further important points in time in Nullmeier's professional curriculum vitae are listed: